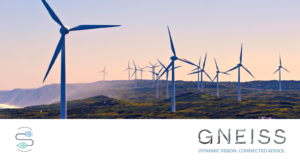 In 2019, the energy sector has been dominated by talk of climate change.

The oil and gas sector has invested heavily in cleaning up its act, both because of desire and because it is compelled. However, it is not very good at telling this story. This means that the version told by activists and perpetuated by mainstream and social media is taken as gospel.

Governments and financiers are imposing change behind the scenes and the sector is obliging, albeit slowly in some cases.

However, as demand shows little sign of any major decline, the industry treads a fine line between environmental stewardship, security of supply and returns for shareholders.

We have written at length about the impact that environmental, social and governance (ESG) benchmarking will have on exploration & production companies. This hangs like the sword of Damocles over the heads of small and mid-cap players, seeking to become compliant with new standards demanded by their backers.

Major European funds have pulled funding or announced plans to do so from companies that are not making real progress in this regard. This threat is real and players in north-west Europe are once again at the forefront of responsible resource development, just as they have been for decades with the highest offshore safety standards worldwide.

The goal of achieving net zero emissions is not one that extractives industries can achieve alone though. It is important to remember that behaviour of end-users is the counterweight in the supply/demand balance.

Major steps have been taken to offset the emissions of activities large and small, indicating the importance afforded to these issues by companies like Shell, BP, etc.

The maritime transport sector is also doing its part, with emissions limits being introduced in January to force all shippers to comply with IMO2020.

For the oil and gas sector, the Energy Transition will play a key role in achieving these goals. Throughout the last 18 months, the industry has been abuzz with ‘thought leaders’ talking about Energy Transition, but they have nearly all lacked a roadmap to achieving it.

Gneiss Energy has been working with clients to put this in place, advising on achievable goals that embrace the energy transition without losing sight of vital business goals.